I’m Leaving Walmart: What I learned, Why I left, and Where I’m going.

Intro Recently I made one of the hardest decisions of my professional career. I’ve decided to leave Walmart to explore a new career opportunity. Why? Well that’s the purpose of this post. I’m going to share an honest perspective of my Walmart journey looking at what I’ve learned, why I left, and where I’m going. […]

END_OF_DOCUMENT_TOKEN_TO_BE_REPLACED

A Leadership Guide to Mastering The 3 Zones of Office Politics

The Joys of Office Politics Office politics seem to be an essential part of any organization. And those that can achieve their desired results in an environment where people have competing interests, have mastered their political landscape. The goal of this article is to give you insight into how to recognize and navigate through the […]

END_OF_DOCUMENT_TOKEN_TO_BE_REPLACED

Juneteenth: A Day of Freedom

Juneteenth is a blend of the words, June and nineteenth, celebrating the liberation of those who had been held as slaves in the United States.  The holiday itself originated in Texas on June 19th,  1865 after Union army general, Gordon Granger, announced federal orders in Galveston, Texas stating: The people of Texas are informed that, […]

END_OF_DOCUMENT_TOKEN_TO_BE_REPLACED

A Black Man’s Perspective of America

Monday, June 8, 2020, marks the day I took a bold step in overcoming my fear of judgement by standing up for injustice.  I had an open and honest discussion with over 50 people, from all backgrounds, about the social inequality and systemic racism that Blacks have faced for over 400 years. The best part, […]

END_OF_DOCUMENT_TOKEN_TO_BE_REPLACED

Accomplish 100% of your Goals this Year by Trying this New Approach.

It’s Time for a Change What’s the most important thing you want to achieve this year and do you feel it’s possible to accomplish? If you are looking for change in your life, keep reading this article to find out how you can define, shape, and embrace a new perspective towards realizing your goals. The […]

END_OF_DOCUMENT_TOKEN_TO_BE_REPLACED

Short-sighted Short-cuts Lead to Dead Ends The desire for instant gratification can be tempting, leading one to seek opportunities to cut corners to achieve faster results. And while the initial perception of saving time and money is promising, the end result is a continuous cycle of bad decisions, uncompleted projects, and lack of trust from others. […]

END_OF_DOCUMENT_TOKEN_TO_BE_REPLACED

The Power of an Invisible Leader

Invisible threads are the strongest ties. Friedrich Nietzsche Invisible Threads An invisible thread is something that is undetectable and hidden from view with the ability to impact or influence its surrounding environment. We have all encountered invisible threads, whether it’s gravity’s influence on the ocean tides to wind blowing the branches of trees, both of […]

END_OF_DOCUMENT_TOKEN_TO_BE_REPLACED

Perception, The Invisible Reality: How My Annual Evaluation Almost Ruined My Year

The Power of Perception Annual evaluation. A time of anxiety for some as we await judgment for our yearly accomplishments. I felt confident my review would go well based on feedback I had received throughout the year. But on that fateful day, things didn’t go as expected. Now don’t get me wrong, I am very […]

END_OF_DOCUMENT_TOKEN_TO_BE_REPLACED

The Power of 10% and How it can Change your Life Starting Now.

The Power of 10% and How it can Change your Life Starting Now. Time is FREE, BUT IT’S PRICELESS. You can’t own it, BUT YOU CAN USE IT. You can’t keep it, BUT YOU CAN SPEND IT. Once you’ve lost it, YOU CAN NEVER GET IT BACK.  HARVEY MACKAY Time: A unique system that ties together events, represents a form […]

END_OF_DOCUMENT_TOKEN_TO_BE_REPLACED

I Was Almost Fired from Walmart Labs. Here are 4 Basic Principles I Used to Turn My Situation Around.

THE PRELUDE A Personal Case Study of Resilience and Building Team Trust The month of December marks the anniversary of when I was almost fired from Walmart Labs. It represents a milestone in my professional career where I learned how to lead and build team trust, giving me the confidence to create a team culture poised […] 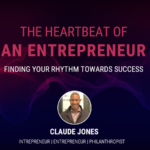 The Heartbeat of an Entrepreneur

We are faced with challenging situations daily. And each of these experiences help shape who we are as individuals.  It is through the fire we become refined and through this refinement we become who we are destined to be. The Heartbeat of an Entrepreneur is an inspirational keynote I presented at San Diego Startup Week […] 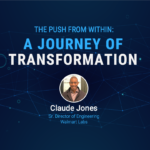 THE PUSH FROM WITHIN: A JOURNEY OF TRANSFORMATION

The Push from Within: A Journey of Transformation is a keynote I presented at Saucecon 2019. It is an inspiring story of self-reflection which recounts my journey of how I helped Walmart Labs transform its engineering culture to adopt a culture of quality, while I learned the true meaning of success. This case study is […]

I had the opportunity to speak with Carolina Alban-Stoughton, Communication & Engagement and Editor of the Carlsbad Business Journal, to share insights on how Walmart Labs has transformed the way shopping during COVID-19 and my thoughts on how shopping patterns and customer behaviors may change as we enter into the virtual era of doing business.